Fr George about the Icon of Our Lady of Philermos 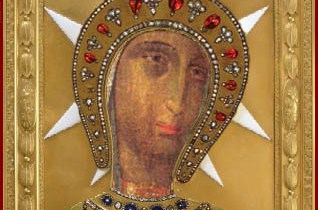 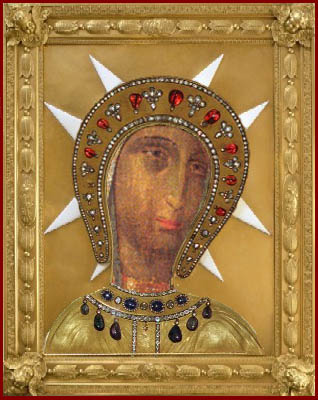 The Icon of Our Lady of Philermos

Archim. George Mifsud writes: “…According to the tradition current in Rhodes, it was a penitent who, before settling in the solitude of Mount Philermos, amid the ruins of an ancient city, some 10 kms from Rhodes, had brought with him from Jerusalem the icon of the Mother of God, attributed to the hand of St. Luke the Evangelist.”

This icon was eventually sent to Emperor Paul I of Russia after the fall of Malta in June 1798.

Archim. Mifsud writes: “On his capitulation Grand Master Ferdinand von Hompesch had asked to be allowed to take away with him the order’s three most treasured possessions. Bonaparte agreed, while making sure of previously separating them from their precious revetment and reliquaries. The events are well known and followed in quick succession: in June 1798 Grand Master Hompesch left Malta for Trieste, on September 6, 1798, the knights assembled in St.Petersburg declare Hompesch as having forfeited his office and, on October 27, proclaimed Emperor Paul 1 Grand Master; on November 13, 1799, the Emperor accepted the office and on July 6, 1799, Grand Master Hompesch, under pressure from the court of Vienna, “voluntarily” abdicated.”

If you find this narrative intriguing, you can learn more about it reading Archim. George Mifsud’s “The Mystery of an Encounter: The Venerable Icon of Our Lady of Philermos and the Russian Orthodox Church” on  orderofmalta.org

This message is only visible to admins.

Error: An access token is required to request this resource.
Type: OAuthException